"Egg In The Hole" with Sauteed Spinach 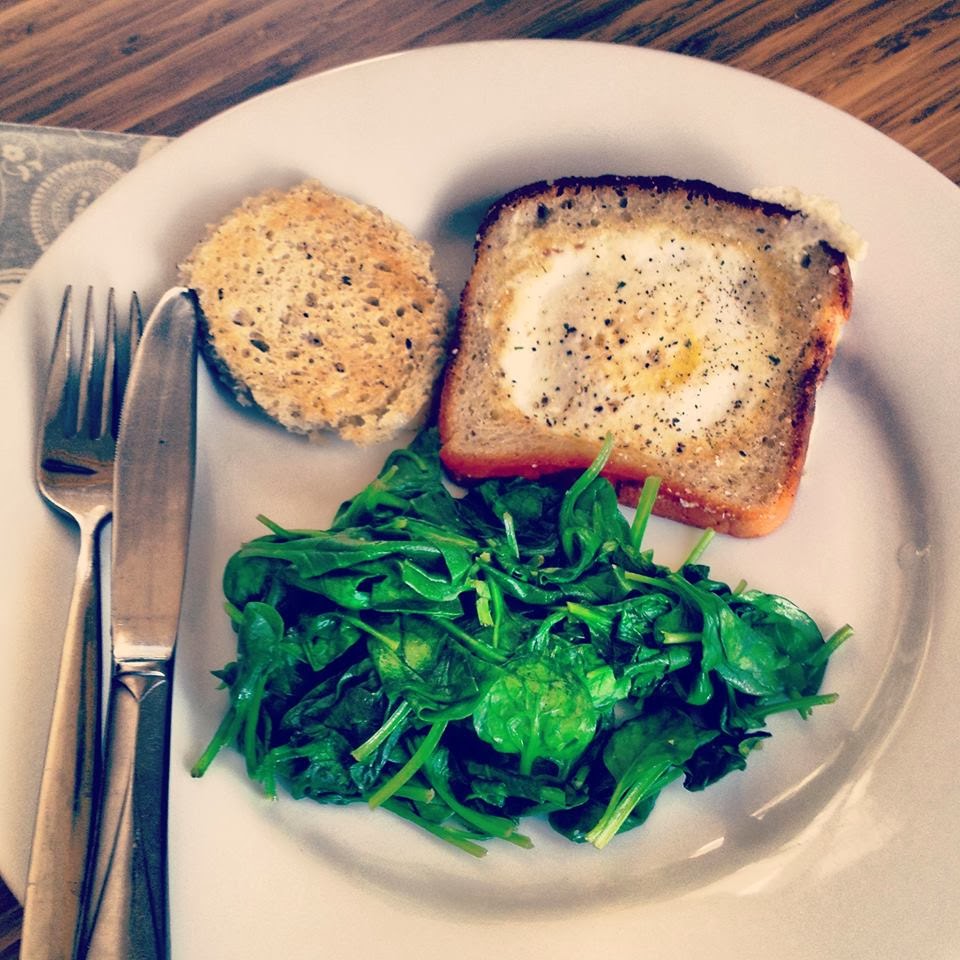 My mother would make us, as she called them "one-eyed sailors," frequently as a child. They are also called "egg in the basket" or "egg in the hole;" simply an egg fried up in a whole within a slice of bread. Cooked up very much like a grilled cheese sandwich. "One-eyed sailors" still remain in my breakfast repertoire. Once I was diagnosed with Celiac, I just switched to gluten-free (GF) bread. That easy. As far as the hole in the bread, I use a butter knife to cut it out after thawing for a few seconds in the microwave. A cookie cutter of any shape or the rim of a glass will work, just make sure to keep the edges of the bread intact. I always have a tub on washed baby spinach in the fridge and like to add into my meals wherever possible. After cooking up my one-eyed sailor, there's all that good stuff in the skillet and in the amount of time it takes to saute up some spinach is the same time that it takes for the one-eyed sailor to cool to a bit. This favorite breakfast of mine takes 7 or 8 minutes tops to make. It takes longer to eat it than to cook it.

This is part of Food Network's Comfort Food Fest. Check out The FN Dish.  This week we're focusing on breakfast dishes.  On twitter, we're tagging #ComfortFoodFest.  Here are other awesome breakfast dishes to try out: