Want to Learn How to Cook Greek & Gluten-Free?

This Saturday, the 7th of August, I am teaching a great Summer Creations Class at The Midwest Culinary Institute. The class runs from 10 am - 1 pm. My theme is a Greek Summer Menu. It utilizes a lot of the summer bounty; and promises not to leave anyone hungry. I will teach you everything from frappes to appetizers, to main dish, to dessert. SIGN UP TODAY: Call 513.569.1643 or 513.569.1620 ASAP! Last chance to sign up. How can I convince you? Take a look at the pictures and let me tell you about the menu I have planned for all of us to cook together on Saturday. Yes, this is a hands-on class. 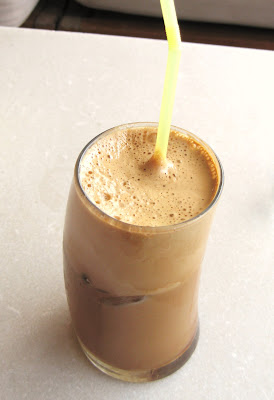 First, we'll cool off with a refreshing perk-me-up with a Greek standard, the frappé. Frappé coffee (also Greek frappé or Café frappé) (Greek: φραπές, frapés) is a foam-covered iced coffee drink made from instant coffee. It is very popular in Greece and Cyprus, especially during the summer, but has now spread to other countries. 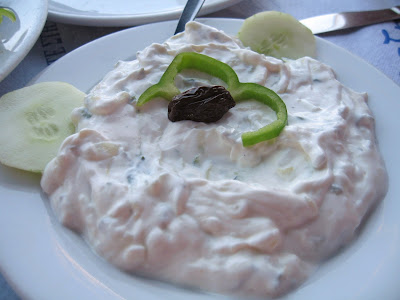 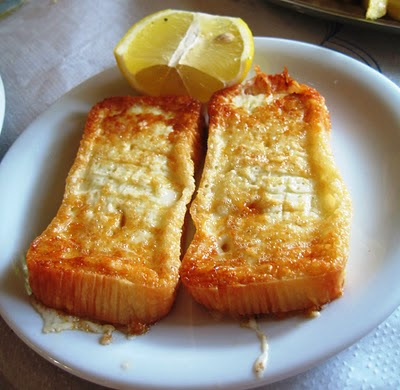 Then mezes, also know as appetizers. We will have tzatziki,(Greek: τζατζίκι) a Greek meze, also used as a sauce for souvlaki and gyros. Tzatziki is made of strained yogurt mixed with cucumbers, garlic, salt, usually olive oil, pepper, sometimes dill, sometimes lemon juice and parsley, and sometimes mint added to make it extra refreshing. Tzatziki is always served cold. It is often served with bread (loaf or pita) as part of the first course of a meal. Which brings me to the gluten-free pitas I will teach you how to make. This recipe is based on a Brazilian cheese bread roll recipe, Pao de Queijo. The texture is absolutely addictive with a crunchy exterior, light and spongy interior. Perfect for any type of personalization; little onion powder, oregano, etc.

And everyone's favorite meze, saganaki. Fried cheese! Saganaki (Greek σαγανάκι, literally little frying-pan) is an appetizer of pan-seared cheese. The cheese used in saganaki cheese is usually kefalograviera, kasseri, kefalotyri, or sheep's milk feta cheese. Regional variations include the use of formaella cheese in Arachova and halloumi cheese in Cyprus. The cheese is melted in a small frying-pan until it is bubbling, and generally served with lemon juice and pepper. It is eaten with bread, but usually just by the fork since everyone fights over it. 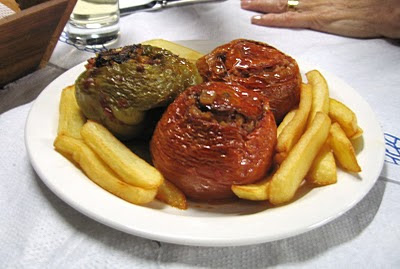 The main dish will use some of the best vegetables we get here in the summer. Yemista in Greek means "to stuff" and is rice (+ ground meat) with tomato pulp and seasonings roasted with potatoes. In Greece, they stuff tomatoes, peppers, zucchini, and eggplant; whatever is freshest at the market. The most common are tomatoes and peppers. Everyone’s favorite is usually the tomatoes. This recipe can modified in what meat you choose and can left out for your vegetarians.

For dessert, will complete the meal with melt-in-your mouth Greek butter cookies. Koulourakia (Greek: κουλουράκια) is a traditional Greek dessert, typically made at Easter to be eaten after Holy Saturday. They are a butter-based pastry, traditionally hand-shaped, with egg glaze on top. They have a sweet delicate flavor with a hint of vanilla. Koulourakia are well known for their sprinkle of sesame seeds and distinctive ring shape. In fact, the word is the diminutive form for a ring-shaped loaf or lifebelt. These pastries are also often shaped like small snakes by the Minoans, as they worshiped the snake for its healing powers.

I hope I have made you hungry, wanting to learn how to make this delicious Greek food, and gluten-free. If you live in the Cincinnati tri-state area, please call the Creations Classes at the MCI to sign up, 513.569.1643 or 513.569.1620, today! Hope to see you Saturday!