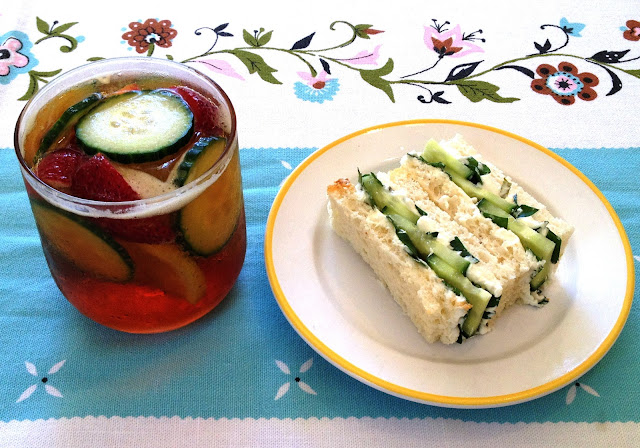 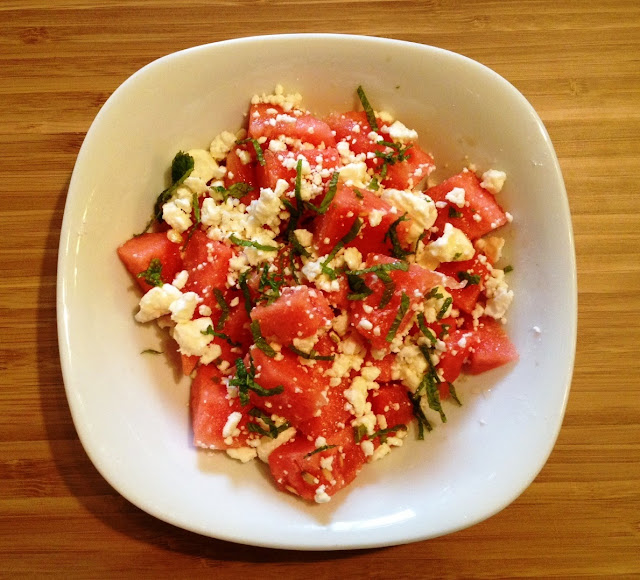 Watermelon seems like the perfect way to cool off on a hot summer day. We I went to Greece, the locals preferred to eat it with feta cheese. They thought the saltiness of the feta brought out the sweet flavor of the watermelon. It does. I decided to take it up a couple of more levels with mint, a drizzle of olive oil, and a sprinkling of sea salt. Try it. You may like it, too.

This is part of Food Network's Summer Fest. Check out The FN Dish. The summer produce we're focusing on here is watermelon. On twitter, we're tagging #SummerFest. Here are other delicious watermelon recipes to try out: 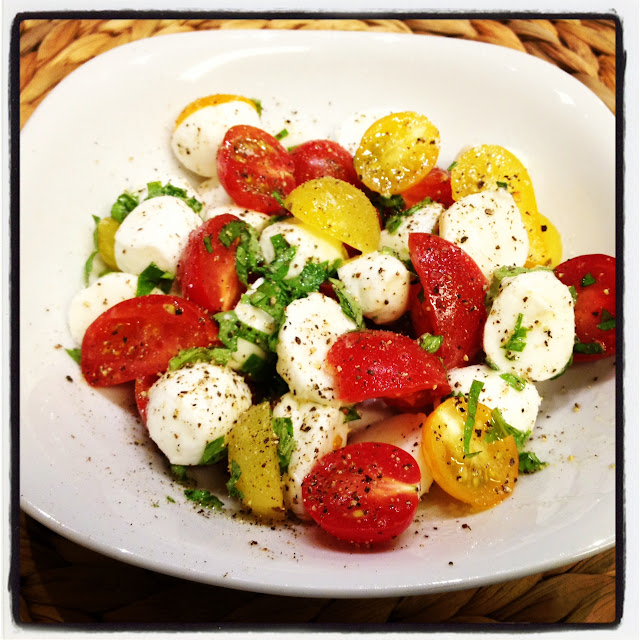 You know how much I appreciate simplicity in food. I see it as a testament to how good ingredients truly are. I went to the grocery the other day and found a perfectly imperfect tiny basket of tiny tomatoes of varying shades of red and yellow. The tiny fresh mozzarella cheese balls happen to be the same size of the tomatoes. I find that ratio is key for a successful insalata caprese and using tiny tomatoes and tiny mozzarella works perfectly.

Directions:
Wash and dry the tomatoes. Cut in half. If there are large ones, cut into fourths. Place in a medium/large bowl. Drain the fresh mozzarella balls. Cut those in half and add to the tomatoes. Add in the cut basil and olive oil. Gently toss until somewhat combined. Give a generous sprinkling of salt and pepper. Serve immediately and enjoy.

This is part of Food Network's Summer Fest. Check out The FN Dish. The summer produce we're focusing on here are tomatoes. On twitter, we're tagging #SummerFest. Here are other delicious tomato recipes to try out: 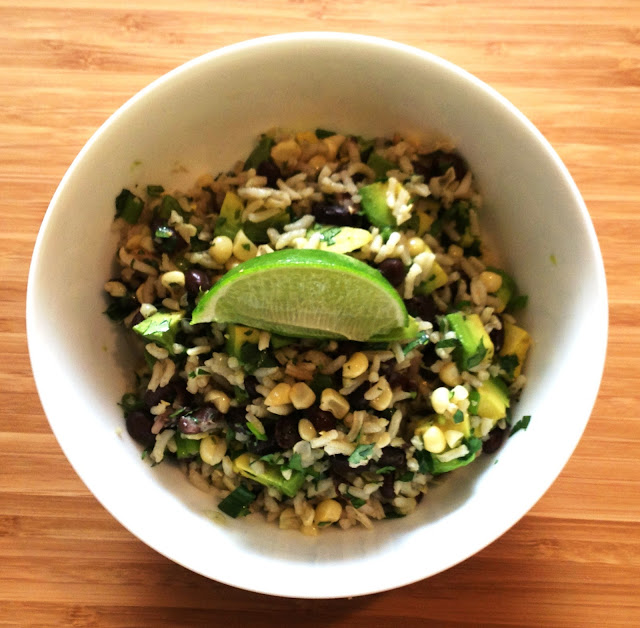 Over the years, I have taught myself how to like cilantro. I remember the first time I had it; it tasted like soap to me. Slowly, I started introducing it into my meals at restaurants. My favorite is the cilantro rice at Chipotle. I thought corn would compliment the cilantro rice well and add in some black beans and avocado to make it a complete meal (and a complete protein). Squeeze some lime on top to brighten it up. This is my way to feature fresh summer corn.

Directions:
Cook rice according to package instructions in broth. Fluff and put aside uncovered.

In a large sauce pan, heat the olive oil over medium heat. Cut the corn off the cobs, as much as you can. Add it to the sauce pan and stir occasionally. Cook for about 5 minutes. Add in the chopped green onions, stir, and cook for 2 minutes. Add in the beans, stir, cook for another 2 minutes. Turn off the heat. Add in the cooked rice and toss completely. Add in the chopped cilantro, adobo seasoning, salt, pepper and thoroughly mix. Taste and adjust seasonings accordingly. Carefully fold in the avocado. Serve with lime wedges and give a squeeze to wake it up. Makes about 4-servings.

This is part of Food Network's Summer Fest. Check out The FN Dish. The summer produce we're focusing on here is corn. On twitter, we're tagging #SummerFest. Here are other delicious corn recipes to try out: